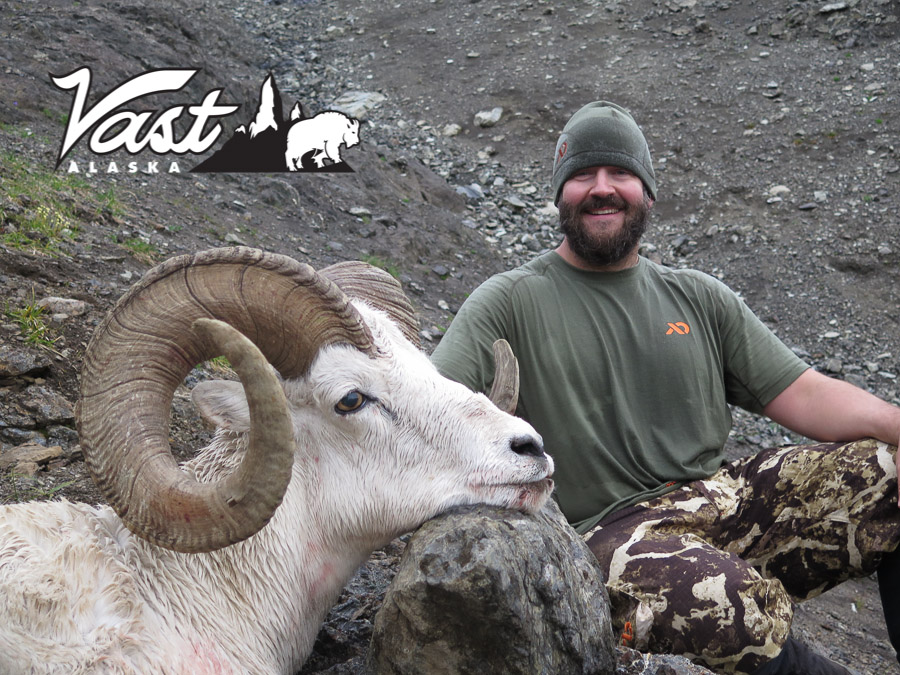 This wild spirit had a desire to go sheep hunting Alaska since he was a mere age of 6.  As a young Texan native he attended Dallas Safari Club conventions marveling at the allure of the mountains and the sheep that called them home. His quest to hunt Dall Sheep led him into my awaiting trap. Another victim turns accomplice to the grandeur of the Chugach Range. Jess the hunter, had a lifetime dreaming of this adventure from a picture he saw in a hunting magazine. Then one day we stumbled into each other in the middle of a sea of people and quickly became fast friends. Four years he applied in the Alaska lottery to finally win a permit to go sheep hunting Alaska. So the  experience began….

The truth is, the path is far from straight, only the will of man can accomplish his feat and attain a lifetime goal. With the constant threat of being buried with rocks on the mountain if he fell down. Jess’s will only grew stronger.

Weather was a bit shifty in the Northern Chugach for the early season. While there was snow and rain above 6000 feet, puffs of North wind could dry you out as quickly as the squalls could get you wet. Ayla is a guide, and has spent her life in Alaska hunting sheep, brown bear, deer and commercial fishing. She was there to make sure we found the best meat on this mountain. We agreed, no virus could pass through the Deet we smeared on our skin. Under heavy packs, we set foot through the shin tangle and into the ever opening skyline. A 11 year old Ram was watching his last sunset on the 6200 foot ridge line. A Great Man was enjoying his quest. We were Sheep Hunting Alaska.  167.25$ 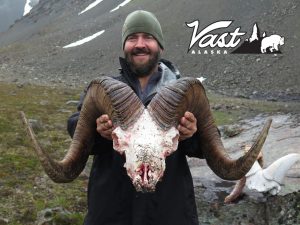 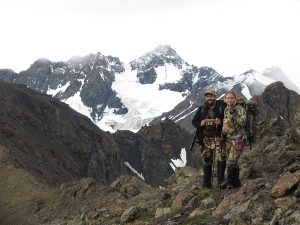 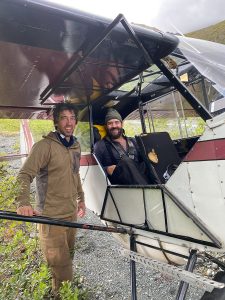 Sheep Hunt in the Chugach Range

A Sheep Hunt in the Chugach Range is the pursuit of a mountain honor. It…

Dall Sheep Hunting in the Chugach National Forest with Steven Tisdale was a memorable experience.…