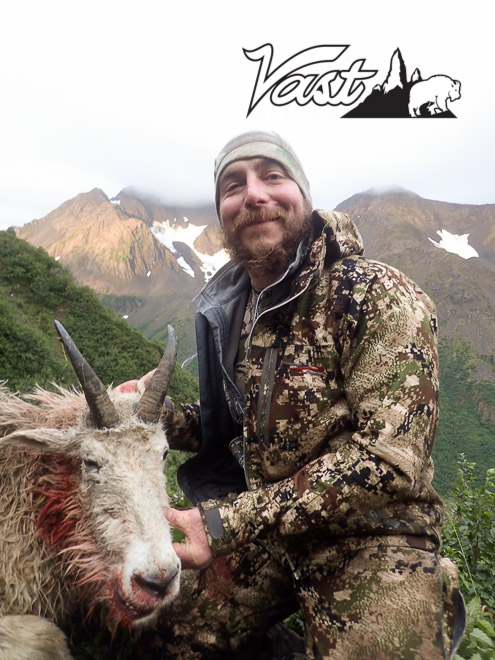 This Alaska Goat Hunt began with a trio of hardened mountain spurs. Dustin Webb returned to Alaska to firmly plant his foot on some untrodden turf. His guides Carl and Stig are both seasoned Alaskan spirits that will secretly enjoy dragging you through broken rocks and ice. So it began on a fine day in September of 2017, the trio left the busting surf on the beach and took to the alpine with nothing but a grin and a handful of nuts.

Weather always prevails on a Alaska Goat Hunt. And the ole man of the sea flared his nostrils, then the wind did blow. 45 knots on the ridge top left their hair in a tangle. A goat might turn its back to inclement weather but overall they have evolved to endure. After a ridge top rockstacle course Dustin found his prize….  Nose to the Wind in Vast Alaska

As a hunter, One might seek a remote surrounding, where the mountains meet the sea…