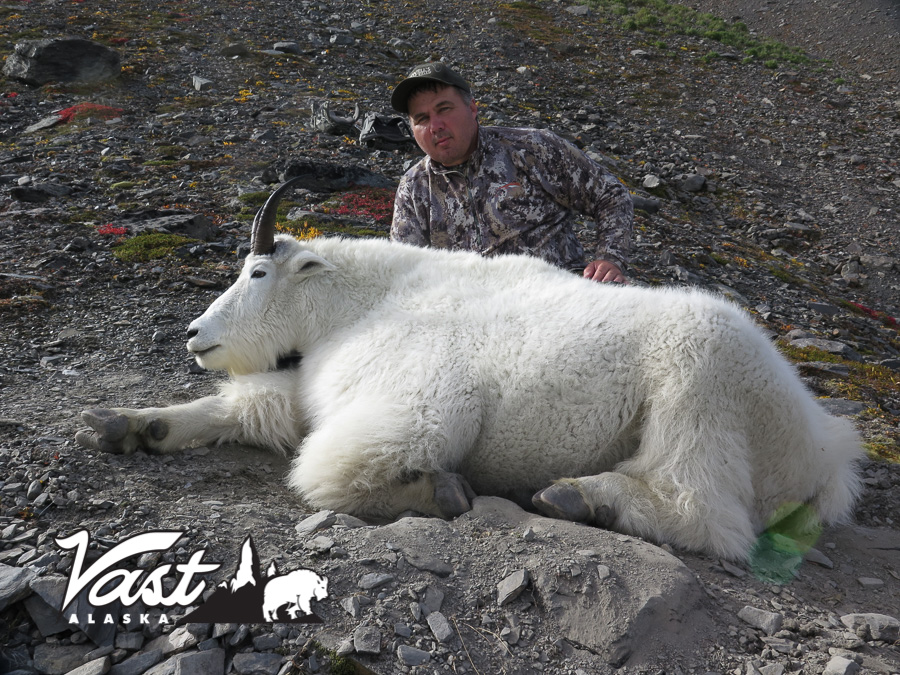 So there we were, a long way from home, Mt. Goat Hunting in Alaska. We had our eye on a prize, a pristine valley, within it , the legend of Long Face, A Goat that lived through the Pleistocene. On his back was 350# of his Alaskan size livelihood. We approached through some hard rock, navigating was from below timberline, landing on a gravel bar on the river in a Super Cub , we tied the Aircraft down and wished it farewell. Into a labyrinth of hard rock and the talus to the alpine we crept. We squeezed our camp into a moraine on the side of a glacier. The cleave rewarded some fresh water, a birds eye view of the stars and enough ice to keep the hair on a Goat. The next day, under the flanks of some heavy hitting Chugach Skyline, we laid eyes on our first Goats. Two goats to be concise, as the Katabatic winds shed their cool air down valley we happened upon a gem on the downwind side.

He sized up with a quick look from the 10×40´s to be heavy on the bases and around 10″. From the backside of his head his glands covered a lot of horn. The body size was on the heavy side of a Barneys Yukon Pack (7200 Cubic Inches) . We made some hasty decisions for a better view, the first was to walk up the moraine farther to look back on him. With a quick discussion we decided it was risky, sticking with our guns that he was Long Face himself,,,,. Bill Johnson creased his spine from behind and he never recoiled, a deft shot defined. What a spot, on a precipice over the ice below, a Majestic 12yr old pliestocene Billy Goat seeing his last sunset. We were the only voyeurs of the scene, the harvest was 92# of meat by the time we got back to the house. The handles were something to behold at 10 3/8″ and 49 7/8″ green score.  Mountain Goat Hunting in Alaska at its best.

On another note, after 25 years of guiding, boots on the ground. I fell apart on that hunt, I hit my knee on my Super Cub step bleeding my brakes 2 weeks prior. It took the breath out of me when I did it and then again after our harvest. It was the first time I felt vulnerable in the Chugach Range. I found myself Mountain Goat Hunting in Alaska with a stick in my hand agonizing over the next step. The realization of vulnerability kept me awake that night, I pared down my wares (all but the meat and necessities) like a good guide should. Luckily Bill took the Full Cape and the Horns off the mountain. I left my tried and trued Lieca 82, tripod, micro spikes and some misc. goods in the cleave (ill be back when the snow clears). This valley produces, but only because it takes some doing to get in there. My Wife helped me find a way the first time, and of course some rock climbers knowledge.

So there I was, wrapping my long underwear around a bad knee hinge in the day and putting them back on at night. Bill Johnson is a hardened man, a marathon runner with a resting heartbeat like a frozen frog. Its no doubt we passed the test that trip. The Chugach Range Test! Only in Vast Alaska…. 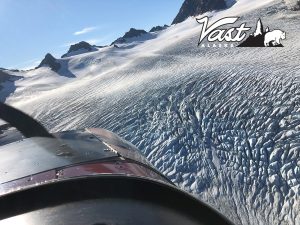 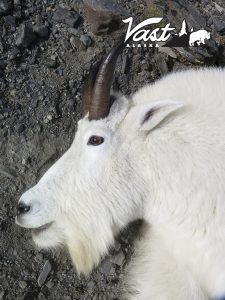 Youth Goat Hunting in the Chugach Range. We took to the Alpine and brought along…

A Photo can say it all, Gerald Zimmerman took a fine trophy Mountain Goat in…