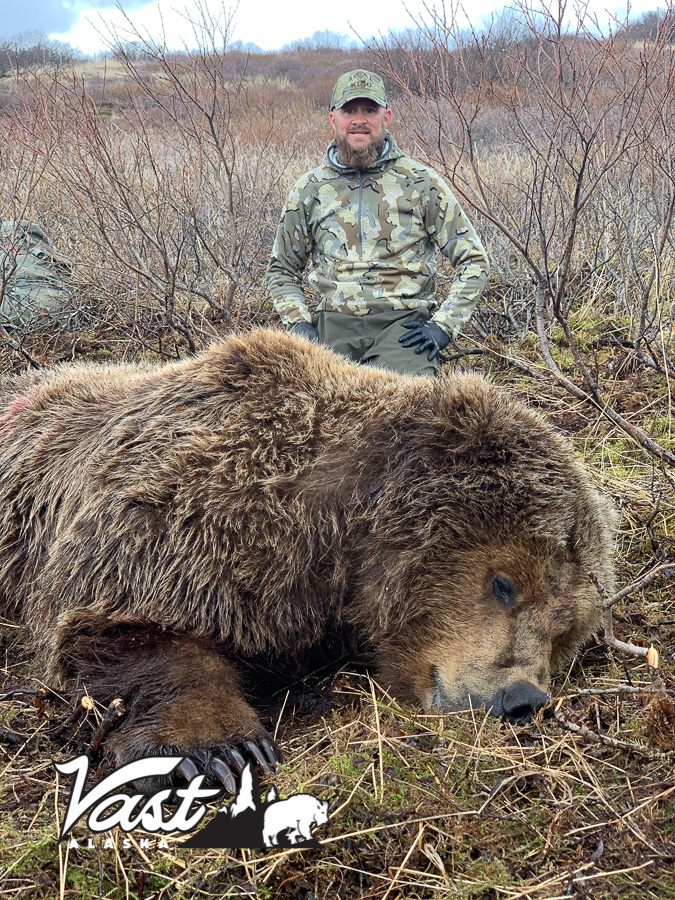 Spring Brown Bear Hunts started off with a bang. Cody Weyandt came to play, and he always does! The problem with Cody is that he comes on hard and fast, typically he punches his tag way before he gets his clothes unpacked. We flew him into a tundra flat not far from the coast. It takes 2 Super Cubs to do this efficiently, so our pilots made short work of getting them into the field. They took 15 days rations, a 10 x 10 bomb shelter, 2 cots and a two burner stove so they were set for the duration. Instead Cody found a prize as soon as his boots hit the ground after exiting the airplane.  Its not like we serve bad food or the accommodations and scenery are lacking during our Spring Brown Bear Hunts. Its just the way he is!

So, Cody spots a Big Boar right off, apparently it had a Moose down and was sitting on the kill. He had the ground tore up pretty good in the process of burying it. Cody and his guide Tony Marchini set out on day 1 with a gallant stalk into position. At this point in the story, I dont know if guide Tony is stalking the Moose Meat or a Big Brown Bear.  After all, he is born and raised in Alaska on Moose Meat. At any rate, it was a gallant stalk, and when the time came they did everything right. Unfortunately they were a little bit late in their mission, one Moose was killed in the process. But rest assured, Mother Natures little opportunists took advantage of all that carrion. It was a happy harvest for all in Vast Alaska. 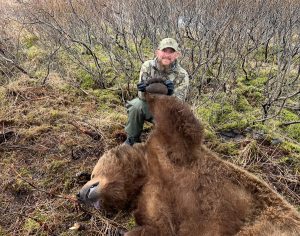 Not cut from ordinary cloth, Alaska Brown Bear Guides all have a past. You can…