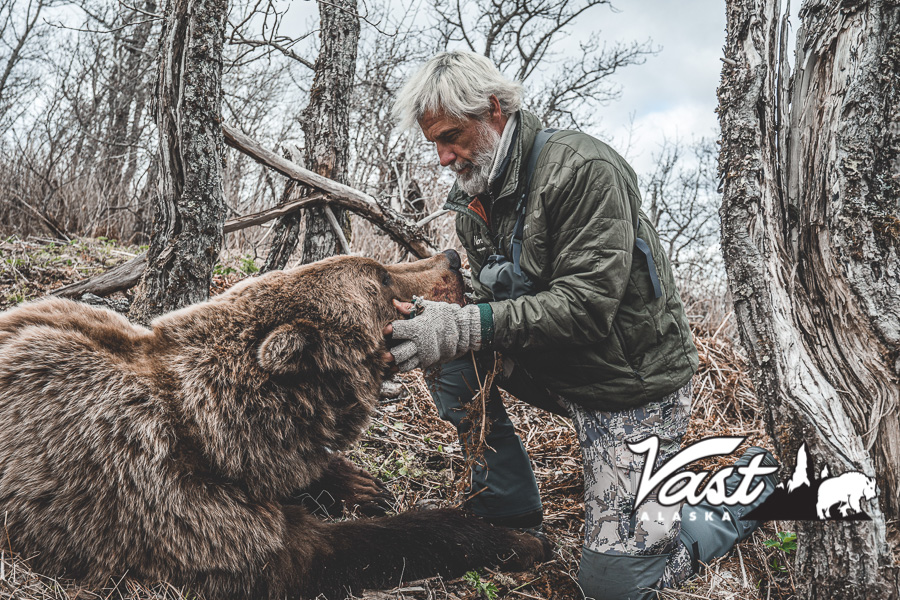 Guided Brown Bear Hunts in the last of the wide open spaces and far away places. The attraction fuels the soul throughout hardships, hurdles and the mundane life we bring upon ourselves. To be clear in this metaphor, Jim VanSteenhouse is far from mundane, I believe he actually hurdles hardships! Exuberance pulses in his veins and he breaths freedom and sweats Coolness! So it begins, the story that is,,,, Jim took on his mission wholeheartedly, at his request, GunWerks built a sexy and effectively deft killer in .375 caliber. Then we patiently waited for the cancelled 2020 Spring Brown Bear Season to come to fruition in 2021. Finally, his proving time had come, in the form of an opportunity on a Guided Brown Bear Hunts in an Exclusive Use Area on the Alaska Peninsula with Vast Alaska.

Let me describe the crew, Richard McAtee is his guide and accomplice, Lee VandenBrink is the man behind the lens. Together they lived on a patch of tundra amidst the mountains of the Aleutian Range. Brown Bears were busy sniffing out the new born Moose Calves. The tides were ebbing and flooding on the coast 1/2 mile away. Content, they watched Mother Nature and her abundant gift, the gift of solitude and a healthy existence. Again, this life will fuel the soul, feed the spirit and make you whole again. And the moment you’re satisfied, A Big Brown Bruin presents itself for a game of chess. To sum it up, they did what they had to do, they put a closing stalk on the Boar, Jim made a deft shot and they harvested a proud mature 10´ Brown Bear. 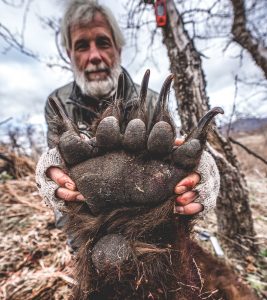 This Alaska Peninsula Brown Bear adventure took place on a valley in my area. It…