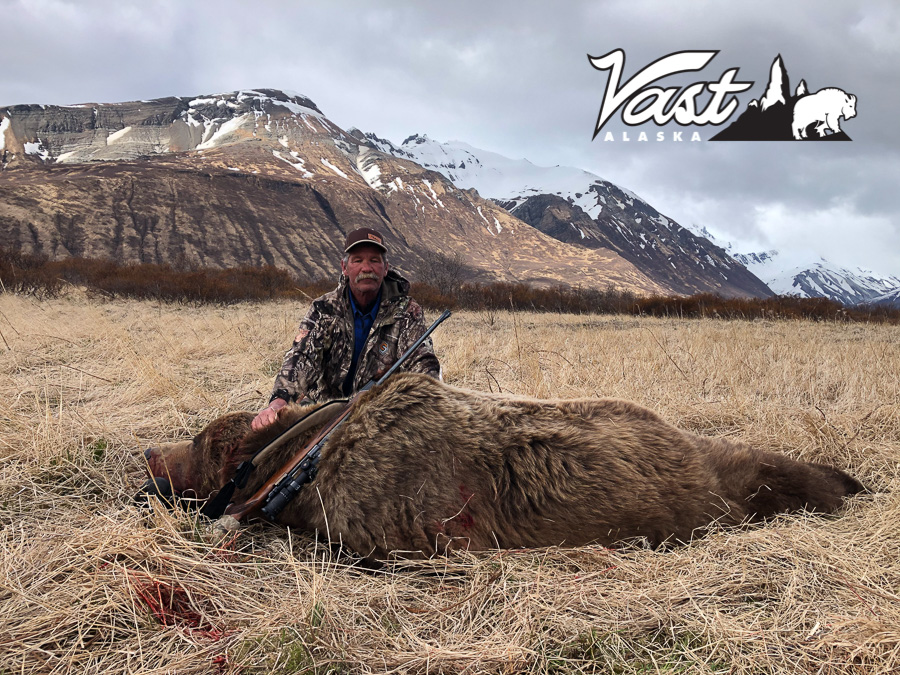 Any Alaska Trophy Adventure has some obstacles. The Alaska Peninsula is the birth place of the Wind. The wind can be a demon and it can be favorable, it all depends on the weather…. It is part of the game of chess that you play when your hunting Big Brown Bear in Alaska. The Brown Bear has a formidable nose, many have heard of its accomplishments but still don’t understand the consequences. It can make you work harder than you perceived or it can play into your hand. So there was a bit of wind at Larry Gandy´s camp during his hunt. The result was a blown apart tent and some makeshift alder tent poles, some P-Cord lashings and a bit of tape. Overall it was a success, they made it through the storm, and accomplished what they set out to do on his Alaska Trophy Adventure.

They flew into a bumpy and grassy spot of a landing strip in the Refuge. Neacola Mtn Air deposited the crew with their 2 Super Cubs. Hop n Stalk Jackson was his guide to the stars and Justin Jackson as the assistant guide. Larry was in good hands when they spotted this Bruin. Coming down the valley from the higher country, ready for spring and spreading his seed. When they spotted him he was a few hundred yards off, unaware. They came off their spotting knob and found his weakness. Threaded the needle with the business end of a .375 slug. Larry Gande was nothing but happy to have his dream come to reality on a Alaska Trophy Adventure in Vast Alaska. 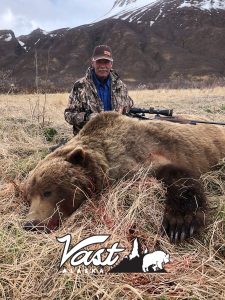