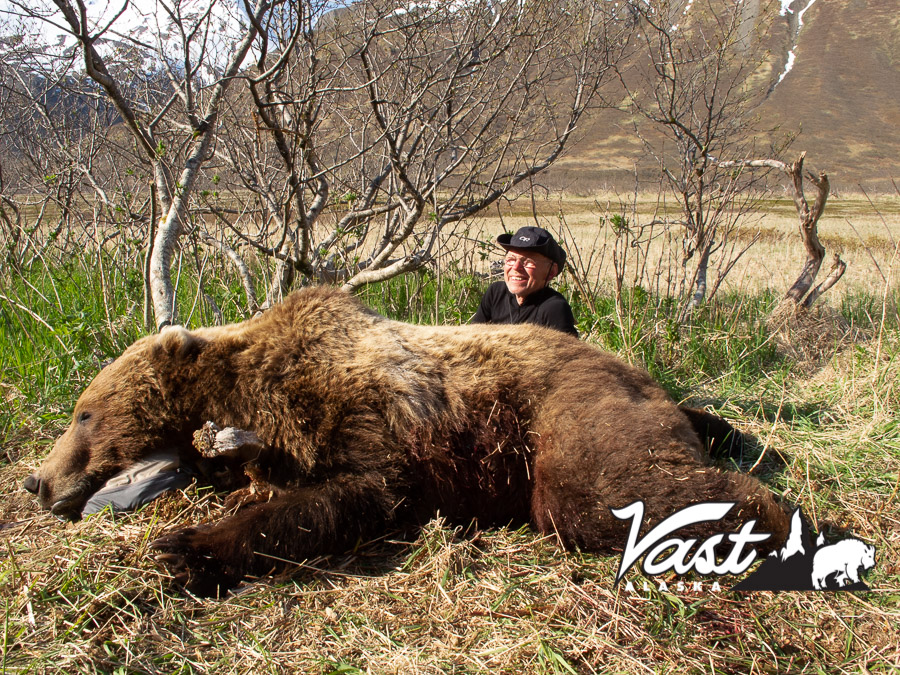 Brown Bear Hunting on the Alaska Peninsula is full of adventure. And Roger Kolassa saw it first hand in the Spring of 2014. We hunted in our Exclusive Use Area on the Pacific side. We found a good venue for his Spring Alaska Peninsula hunting debut. It was in the upper reaches of a major salmon tributary. This 12 mile long valley holds its share of rich salmon flesh that the Native Brown Bears grow fat on. We spent some AvGas finding a place to land at the headwaters where the Brown Bears are prone to hibernate. What was in store for him was an eye opening account of how a Brown Bears behavior is so diverse. Brown Bears have a complex social structure in which they establish order, practice genocide and mating rituals much like a lion.

During our 8 days Brown Bear Hunting Alaska we witnessed a boar kill a Sows Cubs, devour them and then chase the Sow along a ridge line to finally keep her at bay on a ice face for three days. The Sow didn’t take a liking to the Boar. We observed the daily progress of this suitors tactics. To no avail, a Cub killing Boar cannot return a Sow into estruous as quickly as he hoped. It is not clearly known why the boars practice genocide, it is speculated that they only kill cubs not spawned from their own seed. And possibly to weed out prospective competitors in the mating process. Without a doubt, in all my years this was the most inclusive encounter i have ever seen as a guide. Brown Bear Hunting is without question, exciting! Check out the Video