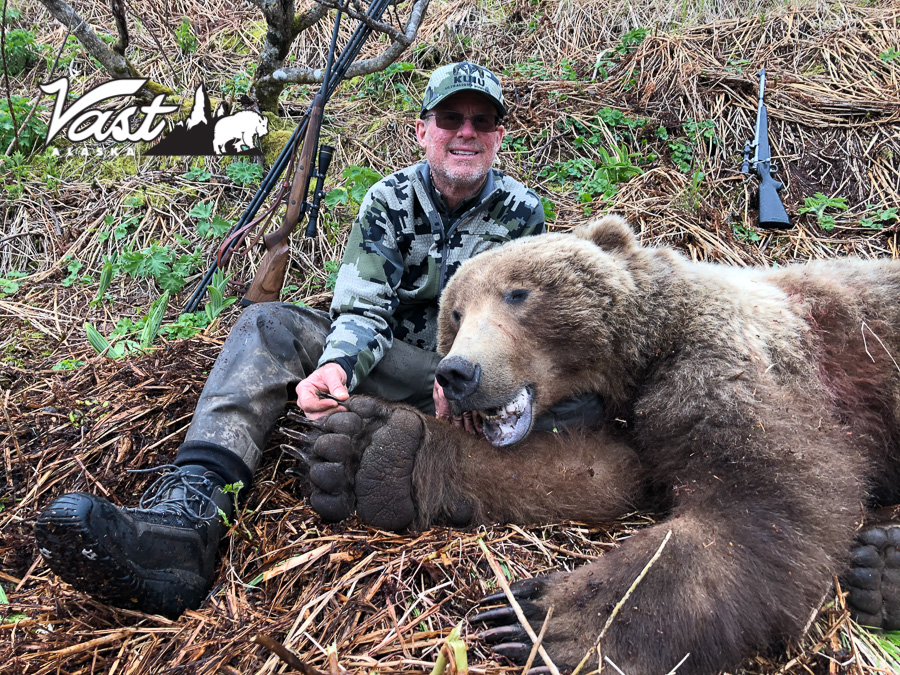 Not cut from ordinary cloth, Alaska Brown Bear Guides all have a past. You can write a book about them. Their exploits stretch from ridge tops around the world. Meanwhile back on the Alaska Peninsula, where Vast Alaska operates in an Exclusive Use Refuge and the neighboring historic fishing villages. Specifically on the shores of the Pacific Ocean and over the Aleutian Range to the Bering Sea. There, lies the raw and primal habitat of the largest Brown Bears in the World. So we paired up a couple of hardened men to discover a new valley that hasn’t seen the footprints of man. At the headwaters of a prolific salmon river we touched down in our 2 Super Cubs. Surrounded be steep snow covered mountains they unloaded their gear.  Then painstakingly hauled it up into the brush for wind protection.

On cue, once the planes fly away, the wilderness creeps in and exposes the Caribou, Bear and everything wild. This is top shelf country for Alaska Brown Bear Guides to find adventure. So Drew Kirkpatrick brought his A Game, a pocket full of .375 shells and a lot of patience. Sterling Mize, the guide and his accomplice Joel Kirkpatrick surveyed their perimeter. Spring was slow to raise its head, much like the SikSikPuk (ground squirrels) that sleep under the snowpack until Spring arrives. It was a tough season in this valley but they connected on a heavy prize, a Big Mature Boar. A long way from camp, the work begins, thats where the Alaska Brown Bear Guide shines. 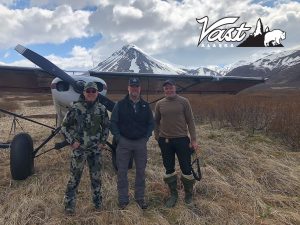 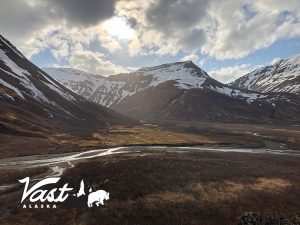