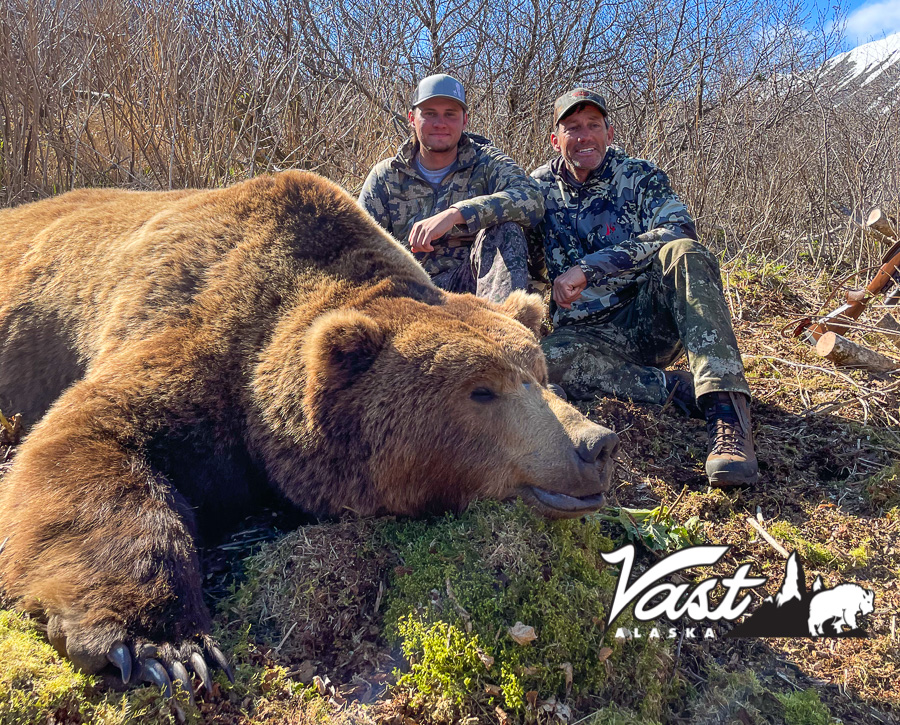 The Alaska Peninsula is the premier Trophy Brown Bear Hunting Area.  Knowing this, Lee Cox and his son Hunter pulled the trigger on a once in a lifetime expedition to hunt some of the biggest Brown Bears in the world with Vast Alaska.  We know the pair are well versed in hunting trophy game, after all they are owners of Bull Basin Ranch .  We put them in the head of a rich valley close to the coast.  This particular valley offers an abundance of Silver Salmon in the Fall and a Mountainous background for Winter denning. The habitat is complete with berries and the beach forage. There is not a Spring that goes by that this drainage doesn’t produce Trophy Brown Bear Hunting by Alaska standards.

So the story started with a flight into camp with our 2 Super Cubs . We land on a short strip known for crosswinds.  Their guides Steven Tisdale and Jessee Lee had camp set up and were on watch. The Bears were moving even though Spring was certainly running late. Hunter quickly found himself a token of his time glassing for Bear, a stunning Boar with a perfect hide. He gave it a deft blow with his .375 and his harvest was complete. The pair kept at it for the next few days looking for another adventure to fill their quota. They were quickly reminded that the key to Alaska Trophy Brown Bear Hunting is to pass time, waiting for Bears to expose themself and give you an opportunity. Suddenly, there he was, closer to camp than they were, they struggled to intercept this Giant Boar but persevered. 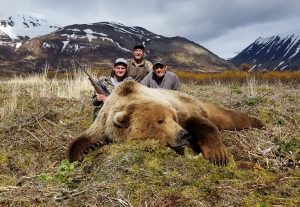